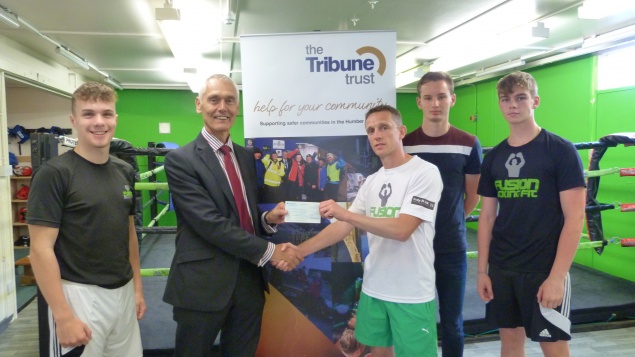 The aim of the charity is to promote health and wellbeing to the community in Grimsby by using amateur sports and recreation. They are working alongside local groups such as the Early Intervention Policing Team and alternative provision schools to engage with young people. They are seeing the highest numbers of participants in their classes since the Club opened in 2013. Between 60 and 80 young people attend the Club each week.

By offering sport and recreation, in the form of boxing fitness, as an affordable activity they believe that they are helping to reduce anti-social behaviour and crime in their local area. By working with the Early Intervention Team they believe that it is reducing demand on the local policing service. They are also helping young people to lead a more healthy and active lifestyle, building their self-confidence and self-discipline.

Due to the increase in participants at the Club there is a need for additional boxing equipment so that young people can engage in the boxing classes. The Tribune Trust are pleased that are able to support Fusion Health and Wellbeing and provide them with the additional equipment that they require.

The Director of the Tribune Trust, John Ford, is shown presenting a cheque to the Head Coach Wayne Bloy who is supported by members of the boxing club. 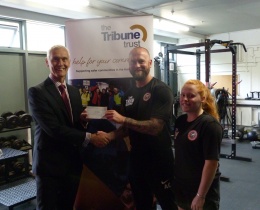 The Club was opened in November 2018 with a grant from Sport England. The Club provides boxing training four evenings a week and also on a S…

The boxing club has been operating for six years. It is open four evenings a week and also on a Saturday morning. Seven volunteers provide a… 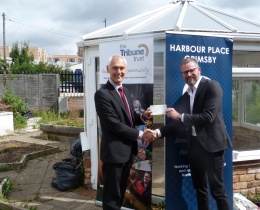 The aim of Harbour Place is to prevent homelessness and ultimately to eradicate rough sleeping in the Grimsby area. They believe that every…