After a 2 year absence the Humberside police Night Challenge took place on Saturday the 19th into Sunday the 20th of March 2022. Over 120 young people took part in the 12 mile orienteering exercise which took in several challenges along the way. The Teams consisted of between 5 and 8 young people, accompanied by Responsible adults. All Teams were given a Health and Safety Briefing and instruction in map and compass work before setting off. All of the Teams undertook challenges which had been set by various agencies such as the Humberside Fire and rescue service, Safer Roads Humber and the Army. The High Sheriff of Hull and the East Riding, Richard Shepherdson and his wife Issy saw a number of the Teams off and later joined a Team to do the walk. 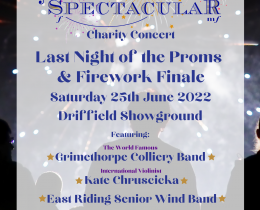 It's 100 days and counting to the Summer Spectacular. Don't miss out . Get your tickets now. Support these deserving charities whilst having… 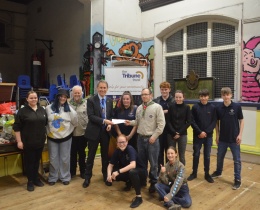 The Wellies Explorer Scout Group meet at the St Matthew Parish Hall on the Boulevard in Hull. This area is an area of great social deprivati… 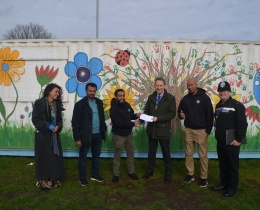 Out of tragic circumstances a Community has pulled together and organised itself to look after each other and it's young people, regardless …