Exiled on the Humber 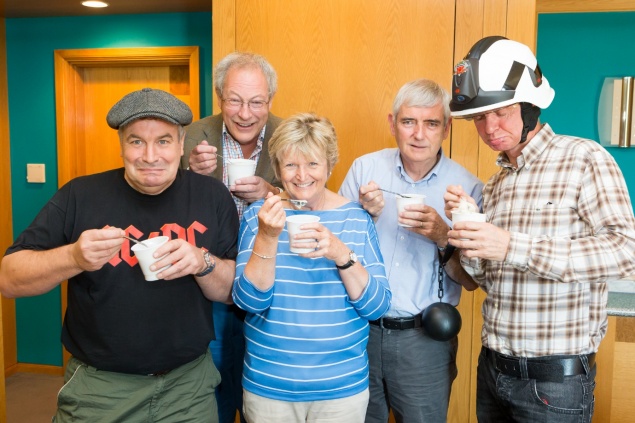 The Tribune Trust is always looking for exciting ways to raise money so that it can continue to give grants to support projects in the Humber area. In 2013 and 2014 the Tribune Trust held very successful cycle rides that raised thousands of pounds. For 2015 the Tribune Trust did something very different and ‘locked’ up six prominent people from the Humber Region on the Catzero yacht. Each of the ‘prisoners’ were tried before His Honour Judge Mettyear and found guilty of their crimes by a group of school children from Longhill Primary School. They were all sentenced to be ‘transported’ into the Humber until they raised over £10,000 in ‘bail money’.

Thanks to the generosity of family, friends, colleagues and companies the six ‘prisoners’ did not have to spend long in the Humber before they smashed their target and raised just over £10,500. Commenting on their release Hugh Bethell said;

‘Events like this provide a lot of our fundraising for the year. We have some good individuals who support us but events like Exiled on the Humber really do help. It’s a lot of fun but raises a lot of money to help those in need as well’

‘I am very grateful to Jim and his team for all the hard work they put into organising this event and to those who gave so generously. We are busy thinking of other exciting ideas to raise funds and I would ask our supporters and friends to keep a close eye on our new web site for details of forthcoming events’ 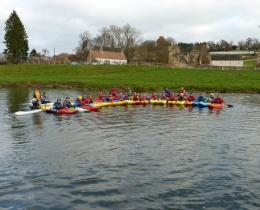